After 4 years of development the Pelay Program with the several pharmacy universities, doctors and urologists from United States and European Union we hired Herman Pro Care CiJak Pvt. LTD, the leading research and testing lab in Finland to complete a clinical study of efficiency of the Pelay Program.

It was not an official clinical study; we were not interested in doing that. We just wanted to see real proof that Pelay actually works! 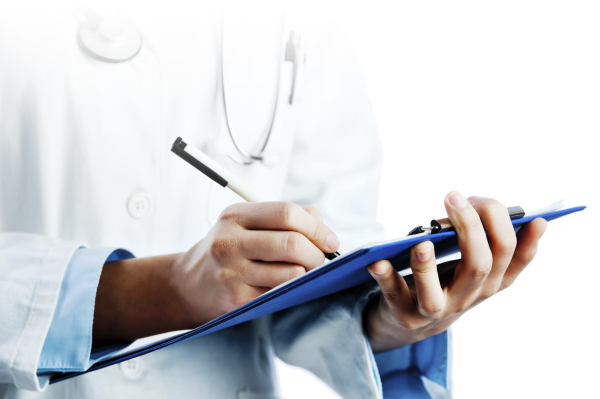 All participants were divided into 2 groups. Men in the first group were using real Pelay Gel, the other group just a placebo - a gel that looked exactly the same as the original Pelay Gel but with no active ingredients. Nobody knew if he was using real Pelay Gel or a placebo. That is the only scientific way to achieve REAL data.

The test was triple-blind, which means that there were involved the participants who used Pelay Program or a placebo, researchers running the trial and even doctors, responsible for ensuring health safety of the participants. None of these people knew who is using a placebo and who the real Pelay Program.

All 96 men involved in this trial were aged between 18 and 60 years old. Some were single, and some were in a relationship - both heterosexual and homosexual.

All participants suffered from premature ejaculation (PE) - the average time of sexual intercourse of our participants before the trial was 2.2 minutes.

We wanted to know the average time of sexual intercourse before male ejaculation, and also the level of pleasure males have during sex when using Pelay Gel. This is because it is not just about lasting longer, but about enjoying the moment too.

Both groups in our test, the Pelay and the placebo group, followed the instructions that everybody can find in the Pelay Starter Pack - apply a small amount of Pelay Gel onto the penis and use the Applier to massage it for about 4 minutes. After sexual intercourse they were also required to fill out a questionnaire.
After 30 days, we asked them again to fill out another questionnaire about their sex life.

96 participants from 21 countries
THE RESULTS OF THE PELAY GROUP ARE VERY PROMISING FOR EVERYBODY WITH A PE PROBLEM:
95.84% 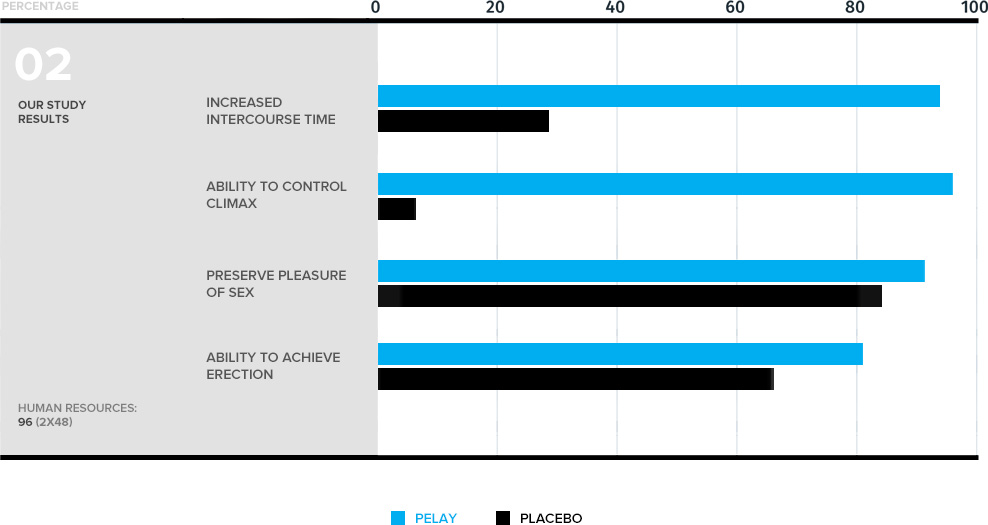 The Pelay program was shown to be a comparable alternative to prescription PE medications or other OTC treatments on the market, MINUS the risk of unwanted side effects.

If nothing else, almost every man from the test kept using Pelay Gel even after the end of the study. And you will do the same!

But don't take our word for it. Try Pelay on yourself. There is literally NOTHING TO LOSE with our 100% Money Back Guarantee! If you will don't like anything about Pelay, we will refund you all the money you paid for Pelay. It's that simple, check it out.
continue on